A unique center in France welcomes victims of incest in Agen

While the term Child Sexual Abuse is not inaccurate, we need to acknowledge that incest forms most CSA instances.

MOHALI: “I was raped by my father when I was 8…and I am a boy”; “my sister made repeated suicide attempts because of the endless trauma of incestuous abuse she faced without any support from anyone. She finally succeeded 19 years later.”
These are some of the distressing responses, Supreet Dhiman, a resident of Mohali, received on the online portal, “End Incest”, an initiative she started for victims of incestuous abuse to anonymously share their stories. 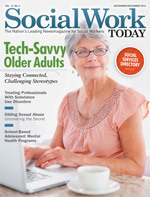 At least one in 20 children in the UK are sexually abused while being emotionally manipulated, groomed, and silenced by paedophiles, often within the family home.

Why ‘The Incest Diary’ is creating such a stir

Alexis Kirschbaum, Bloomsbury’s publishing director in the UK, describes the book as “the most disturbing book [she’s] ever read” and admitted “some people are very uncomfortable with this book and some publishers are worried they would be complicit if they made it public”.
But she defended the book, which some argue “fetishises female misery”, saying it is “incredibly beautifully written”

Incest memoir ‘a work of art’

The author, apparently in her 40s, writes that her father first abused her when she was three, that their sexual relationship lasted into her 20s, and that her mother and other family members were aware of it.

What every incest survivor needs to know

Doctors and experts weigh in to explain what every incest survivor needs to know about trauma and healing.

Nearly 70 percent of child sex abuse cases in Germany took place in the family or social circles, a report has found. Researchers also said that children often received delayed help because mothers did not intervene.